Kevin was mother duck. The ducklings chattered excitedly as they zipped around on their hybrid wheel/ball/leg things, not quite walking, but not really just rolling either. To the best of his knowledge there wasn’t yet an adequate word for that particular perambulatory action. The ducklings would interact with each other before briefly swinging back close to his rucksack, for the reassurance of their dedicated key fob held inside.

As they walked and rolled past, Kevin could see his schoolmates playing football in the field. One of them waved with a thumbs up, but Kevin ignored him. Such interactions just got awkward, best avoided. He was doing most of them a favour, and the payoff was no bullying, and time alone with the ducklings. No, not ducklings. He didn’t like that word in this context. Might as well call them Brians - everyone else did.

The Brian was so advanced, so lifelike, exhibiting so many quirks that it was frankly eerie. The marketing spiel had only hinted at the hidden depths. More emotionally giving than a puppy, certainly more responsive to minutiae in language. Good motion. Sense of smell was ok, but obviously not up to dog standards. Vision was pretty good, and definitely hearing was effective. It did the thing with perking up its ears in the direction of a sudden noise, but whatever. The developing richness in verbal interactions was much more profound.

Experience the power and potential of a modern day AI. This is not a simple automaton of old. That Tamagotchi your parents played with in the 90s, the 1990s no less, involved just a few hundred lines of code and some randomness, and did not even move about! The brain of our unit itself contains over a million lines of code, and was developed using many millions more. It is our very best attempt to build a living, intelligent thing. But we need your help.

Was The Brian his little electronic friend? The parents certainly hoped so. They did worry about his loner tendencies. Rarely went to visit friends from school, and certainly never invited any of them home, despite repeated parental urgings. School was going ok, teachers happy, a bit of totally expected bullying, but since he never complained about it, the parents did not intervene. They did however intervene and encourage an interest in keeping pets. The parents blinked a bit when the first pets were snails, and then a few months later, frogs, but it was all good, healthy stuff, interacting with life. And school was going well, after all, so, ok.

Kevin mused a bit about the bullying. It was genuinely not an issue, but he kept the parents ever so slightly fearing the worst, potential leverage that could be called upon at pretty much any time. A shame to waste it on trivialities. Actually, the payoff, as the gaggle walked past the football field and up towards the woods, was not a cessation of bullying. It was unfettered, sustained access to all these Brians.

Once ‘nerdy Kev’ had let it be known he was happy to babysit other folk’s annoying Brians, there was a collective sigh of relief across the playground. The Brians had been way too much work. Where was the fun in a robot toy that needed constant attention? No money was offered, but it was instinctively understood that whatever bullying had been going on, or planned, it was now over.

Not a friend, though. The Brian was definitely a pet. An electronic, super advanced, richly interacting pet. Something to be studied, but not a friend or equal. For a start, it was “The Brian”. He’d never felt the need to name his snails and frogs. The parents might have foisted a name on the puppy that had nearly happened, but it didn’t happen, so no bother. Also, perhaps more a performing circus animal, because The Brian was eminently trainable.

Kevin whistled two notes, and the group moved forward and clustered around an obstacle on the pavement. The Brians spread out, round all sides, equally spaced, natch, for optimum viewing of the new object of interest. Kevin spoke, “It is a dead bird”. Little cries rippled round the Brians, “Dead”, “Death”, “Dying?”, “Killed”, “Bird”, “Animal”, “Feathers”, “Flies”, “Flies dead?”. Kevin spoke again. “The flies are not dead”. More cries, “Not dead”, “Not dead yet”, “Alive”, “Living”, “Flies fly”. One of the Brians tried to close in on the flies, which buzzed away, and tried to track them. “Flies gone”. The others gently approached the body and nudged it with their forward wheel/leg/roller things, then backed away. The walk continued.

Kevin considered the Brians’ ability to express internal dialog to be crucial, clearly demonstrating a kind of life force, and deserving of respect and focus as living creatures. He was not happy that the power and possibility of these things were being wasted on children. There was much to learn. Much to try.

Just as human babies are born not knowing the essentials for survival, relying on parents and carers to teach them and guide them through to maturity, we need you to help steer your new brain around the perils and pitfalls of the real world.

And with that typo, a meme was born. This got far more coverage than the initial reviews of the devices themselves. It opened up several marketing possibilities, and a reorienting of the device’s behaviours. Many were bought as office gadgets, and found their way back home as hand-me-downs to eager kids. Who then discovered just how much work was needed to look after them otherwise they shut down into a fugue state that was a pain to reset.

Kevin now had The Brian, and it was clear he enjoyed interacting with it. It was not work. No social life to spend time on, school work was easy, no hobbies other than his ‘puter. The Brian just fitted right in. Very biddable. Nearly always did what it was told, when expressed correctly. Responses could be demanded, tailored, and controlled.

It had been easy to steer his schoolmates into nagging their parents to get them their own Brians, despite the expense. Nerdy Kev couldn’t be the only one with the latest, coolest toy. Not that he had crowed about it, but you can easily project an envy-inducing degree of smugness during the bring-a-toy-to-class day.

Three notes whistled, and the group surged forward again around a new obstacle. “This is a hedgehog”, said Kevin. “It is alive”. The hedgehog was trying to move away, but had been surrounded by the Brians. It backed up and circled around looking for safety. There was none. Not today. The Brians closed in. “Alive”, “Alive”. “Living”, “Not dead”, “No flies”. The front wheels started nudging the hedgehog, which was panicking now. The Brians were not gentle. The nudging became ramming, and a frenzy ensued. “The hedgehog is now dead”, said Kevin. “Dead”, “Dead”, “Not dying”, “Not alive”, “No flies”. The group observed for a while longer, then backed away, and the walk continued.

The parents had just decided to get a puppy when they had found his experiments with the frogs, and swiftly decided against it. The mother was shocked that she hadn’t noticed the smell, but as Kevin had tried to explain, they weren’t dead, even after several weeks like that, so weren’t rotting, and so no smell. He’d kept the flies away from the exposed body parts, all laid out on clipboards. During the chat with a psychologist the parents had brought in, he had learned a new word, “spatchcock”.

So, real pets were too messy, apparently. The parents had happily agreed to spending significant money on a clean, safe, interesting robot toy. Just leaving magazines open on the right page, and YouTube videos paused on particular reviews had been enough of a nudge for the right one to be bought.

Along the way, you’ll find you are learning more about the world for yourself. The best way to learn is to teach. You will both be learning, and both be teaching.

By gaining access to the internal impact of his experimentations, Kevin could manipulate and distort the Brians to a far more satisfying degree than the snails and frogs, which had no mental side. The puppy would have been a tricky next step, since he had not yet worked out how to deal with the likely ensuing mess.

In the rucksack, something rustled, and chirped out a muffled alarm signal. The other ongoing experiment, right on the brink of entering its fugue state. According to the instructions, it should have shut down within days of the first alarm, but it was several months now. Controlled bursts of input just brief enough to prevent it fully recovering.

Interacting with The Brian’s pre-fugue state was fascinating. Kevin was learning so much.

This story was written over the 4 days from Thursday 19th to Sunday 22nd May 2022, for the @LunaSciFi 96hr Hour Flash Fiction May challenge for 2022, after a wee pandemic break. The challenge was a 1500 (ish) word story riffing on the phrase, “IT’S YOUR BRAIN… USE IT OR LOSE IT!”. 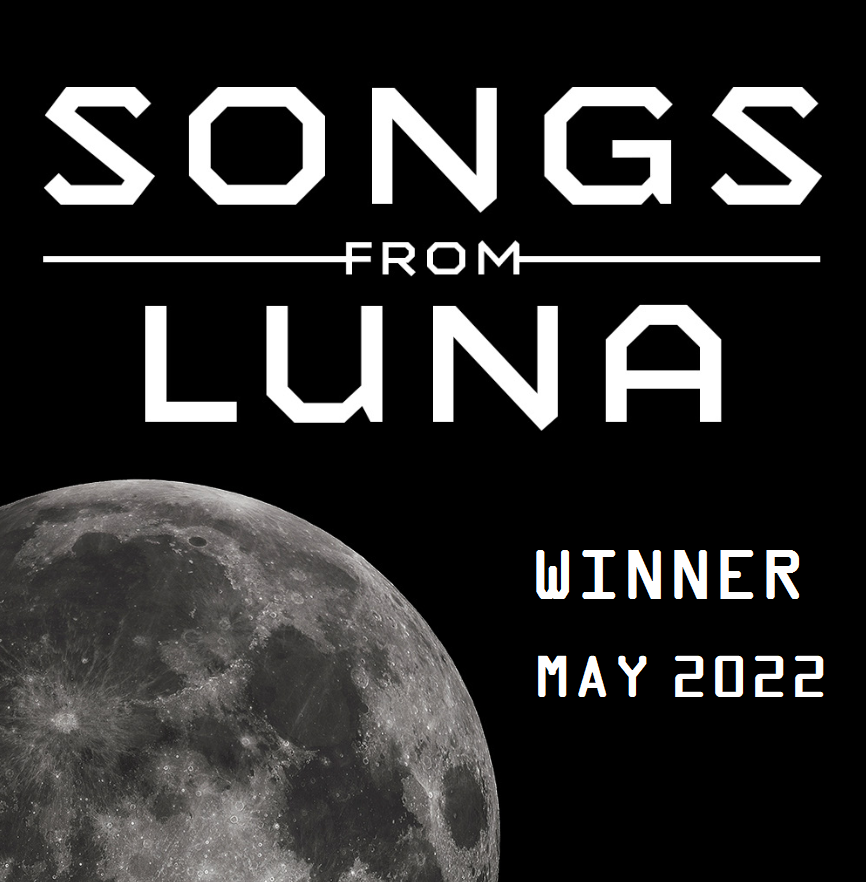